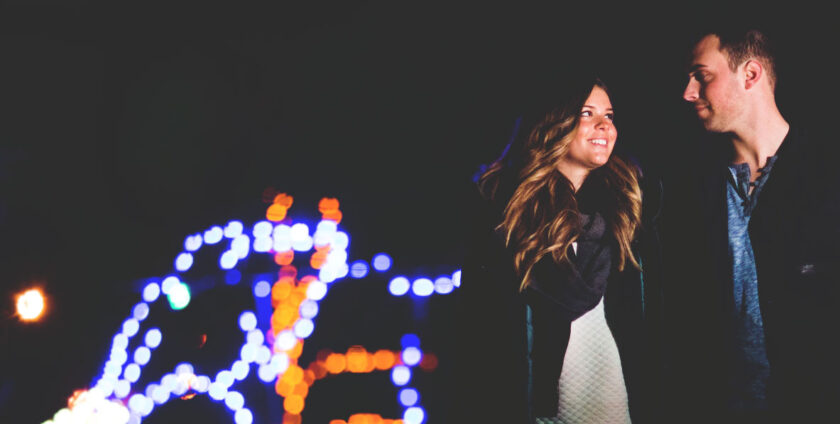 Warm up your calendar this November with holiday activities in Calgary. From seasonal favourites like ZOOLIGHTS at the Wilder Institute/Calgary Zoo and the Spruce Meadows International Christmas Market to Once Upon a Christmas at Heritage Park, November is the perfect time to explore Calgary with your friends and family.

Once Upon a Christmas at Heritage Park

Experience the magic of Christmas past at Heritage Park’s iconic Once Upon A Christmas event. From a story book Christmas and wagon rides, to carolers and a visit with Santa, it’s a magical way to experience the true spirit of the season. So gather the family and come get your fix of wholesome holiday cheer, weekends November 26 to December 18, 2022.

The Office: A Pop Rock Comedy

Jubilations Dinner Theatre presents The Office: A Pop Rock Comedy a hilarious take on the goings on at a small paper company office with Jim, Pam, Michael, and Dwight.

The Importance of Being Earnest

Theatre Calgary presents The Importance of Being Earnest, a tale of mistaken identities, rapid-fire wit, and cucumber sandwiches.

The first edition of the latest World Curling event comes to WinSport with the Pan Continental Curling Championships, providing teams a direct route to the World Championships.

The Calgary International Film Festival presents Bad Axe at the Globe Cinema as part of the popular Top Docs series. Showtime at 7:00 p.m.

Get into the fun and excitement of the WHL with Calgary Hitmen Home Games at the Scotiabank Saddledome as the Hitmen take on the Victoria Royals, Medicine Hat Tigers, Prince Alberta Raiders, and Red Deer Rebels, this November.

The Calgary National Bank Challenger is the largest professional men’s and women’s combined indoor tennis tournament in Canada, with some of the best up-and-coming players in the world.

The Calgary European Film Festival features viewings 20+ films from across the European countries you can watch at the Globe Cinema or online. All productions include English subtitles.

Where: Globe Cinema and Online

Platinum-selling and Grammy Award-winning Canadian musician Bryan Adams returns to Calgary on a headline tour in support of his new album So Happy It Hurts.

Get immersed in the classic bedtime story Goodnight Moon at TELUS Spark Science Centre, as it comes to life in the newest digital immersion gallery experience.

The JazzYYC Canadian Festival returns with four days of live music at unique venues like the Ironwood Stage and Grill, Central Library, and King Eddy, with some of the greatest Canadian jazz musicians playing today. Tickets are available now for select shows.

The Spruce Meadows International Christmas Market is a local favourite and a holiday tradition everyone in the family can enjoy with unique vendors, shopping, food, and entertainment.

Take part in a Calgary tradition with ZOOLIGHTS at the Wilder Institute/Calgary Zoo. Over 2 million lights and 200 displays light up the night with fire pits and activity zones in this winter wonderland.

Classic Albums Live presents Billy Joel: The Stranger, the album that shot him to the top of the charts and made Billy Joel a household name. World-class musicians recreate each note of this classic album along with more of Joel’s signature songs.

Be part of the 47th Anniversary Celebrations with The Hangar Flight Museum, featuring guided tours, family friendly activities, and admission for only $4.70 per person.

Where: The Hangar Flight Museum

Calgary Opera presents Carmen, the ultimate femme fatale doing what she can to survive in a poor town with traffic and shocking consequences.

The 10th annual CUFF.Docs Documentary Film Festival features 20+ feature and short films for the biggest festival yet. Take in a screening at the Globe Cinema or stream online.

Once Upon A Christmas

Once Upon A Christmas at Heritage Park is one of Calgary’s most iconic holiday events, with activities, entertainment, and treats that will get you and your family into the holiday cheer.

Get ready for an all-new spoken word poetry experience with Rupi Kaur World Tour. Rupi will take you on a journey of personal loss, growth, mental health, community, friendship, and strength.

Escape into the jungles of India with this vibrant reimagining of the legend of the boy raised by wild animals, as Alberta Theatre Projects presents The Jungle Book.