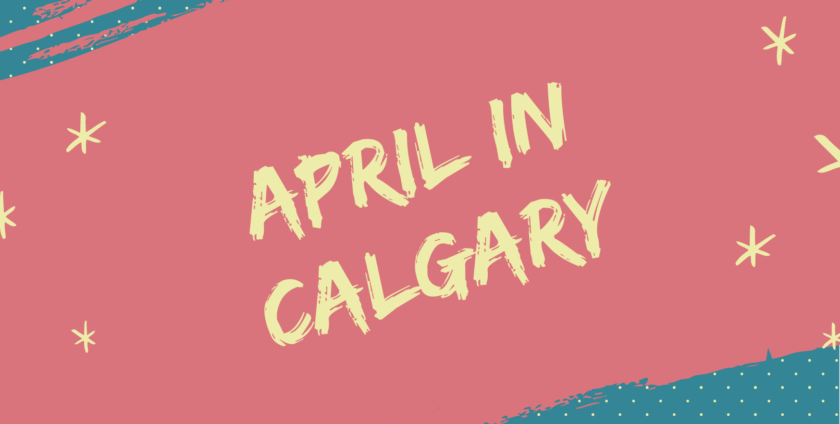 The Calgary Comic & Entertainment Expo is the ultimate playground for fans of comics, sci-fi, horror, anime, and gaming with celebrity guests, Q&A panels, cosplay competitions, and vendors. Get your tickets for special events The Four Hobbits: An Unexpected Reunion, and The Jay and Silent Bob Show! Live at the BMO Centre, April 21-24, 2022.

Jubilations Dinner Theatre presents Greased! Go back in time and tap your toes to one of the all-time great nostalgia trips of the 1950s.

One Yellow Rabbit’s High Performance Rodeo is back with a series of seven productions for a one-time-only special spring edition.

The Calgary International Salsa Congress is the hottest dance show of the year, featuring the best salsa dancers in the world, local professionals, and troupes from all over North America. Get your tickets now for this spectacular salsa showcase in the Imperial Ballroom.

The Gold Rush REDUX is a re-interpretation of the classic Charlie Chaplin silent film “The Gold Rush” performed by some of Canada’s best musicians and theatre performers.

Celebrate Calgary this winter with the Big Winter Classic, a festival of local art, music, and beer at venues like Broken City, Last Best Brewing, Inner City, GOAT, Commonwealth, and Marriott Calgary Downtown/Beltline District. Check out the schedule and get your tickets now.

Calgary Opera presents La Traviata, a passionate story about class politics and personal sacrifice with classic music you will be humming all the way home.

The Calgary Dance Stampede is a fun filled weekend of workshops, activities, and events, as part of Canada’s largest and longest running country, west coast swing, and line dance competition.

The Calgary Stampede hosts Jurassic Quest at the BMO Centre, a special exhibition that takes you through the Cretaceous, Jurassic, and Triassic periods, with true-to-life size dinosaurs, rides, fossil digs, inflatables, science exhibits, and play area.

The Music of Joni Mitchell with Sarah Slean

The Music of Joni Mitchell with Sarah Slean brings the sounds of the Canadian icon to the concert stage with singer-songwriter Sarah Slean and the Calgary Philharmonic Orchestra.

Weaseltail Enterprises invites you to Learning the Stoney Nakoda Language, a FREE session exploring the language of the Stoney-Nakoda First Nation.

Aggie Days is a FREE educational experience for families where you can interact with real farm animals and see where food comes from. Don’t miss the stock dog demos on Saturday and Extreme Cowboy Race on Sunday.

War on the Catwalk

Visit Glenbow at The Edison

Visit Glenbow at The Edison for in-person art experiences at this new satellite location. Free admission for everyone provided by the Calgary Downtown Association.

Anthony Street’s Celtic Illusion fuses contemporary Irish Dance with magic and grand illusions, featuring a cast of champion and internationally acclaimed dancers, including performers from Riverdance and Lord of the Dance.

Heritage Park presents Dinner & A Movie with a custom menu followed by a screening of Crazy Rich Asians in the atrium of Gasoline Alley.

The greatest magic on television comes to you live on stage with Masters of Illusion, starring the world’s greatest award-winning magicians in a show unlike anything you have seen before.

Alberta Theatre Projects presents the Canadian comedy phenomenon Kim’s Convenience, the story of a Korean shopkeeper and his family grappling with a changing neighbourhood. Get a front row seat for the play that inspired the hit TV show.

Canadian singer-songwriter Rufus Wainwright brings his Unfollow the Rules tour to Calgary in support of his Grammy and Juno nominated pop album. VIP experiences are available.

Spark After Dark! returns for an adult-only night event with food, drinks, ice cream, music, and science, exploring your brain on drugs with leaders from the cannabis industry, a psychedelic therapist, and a cannabis cook and educator.

Immerse yourself in a performance of stunning beauty and energy with Shen Yun and experience the extraordinary Chinese culture, with the all new production featuring a live orchestra.

Celebrate the season with the Easter Eggstravaganza at the Calgary Zoo, including treats, games, and learnings about all the different types of eggs found in the animal kingdom. Add Easter Sunday Brunch to your visit from April 16-17, 2022.

Where: The Attic Bar & Stage

Classic Albums Live is like a listening party for your favourite albums, with a special presentation of The Beatles’ Sgt. Pepper’s Lonely Hearts Club Band played by some of Canada’s best musicians.

Screwball Comedy is an homage to the zany screwball comedies of the 1930s, with snappy dialogue, outrageous characters, and humour, at Stage West Theatre Restaurants.

An Intimate Evening with Johnny Reid – Love Someone Tour

An Intimate Evening with Johnny Reid brings the multi-platinum, award-winning artist to Calgary for his Love Someone Tour, for an up close and personal performance at the Jack Singer Concert Hall.

NEEDTOBREATHE Into the Mystery Acoustic Tour

The 19th Annual Calgary Underground Film Festival returns for a presentation of the best in international independent cinema. Check back soon for the full festival lineup.

Where: The Saskatoon Farm

Where: The Saskatoon Farm

One of the most popular and respected comedians of his generation, Jim Jeffries brings The Moist Tour to Calgary for a night of laughs at the Southern Alberta Jubilee Auditorium.

July Talk: Live at Last brings the Canadian rock band back to the stage at the Grey Eagle Resort & Casino in Calgary.

Alberta Ballet presents Cinderella, the most successful production in Alberta Ballet’s 54-year history. The fairytale classic follows the heroine as she makes her dreams come true with perseverance of an optimistic spirit and a special pair of shoes.