The Top 10 Things to Do in Brunei 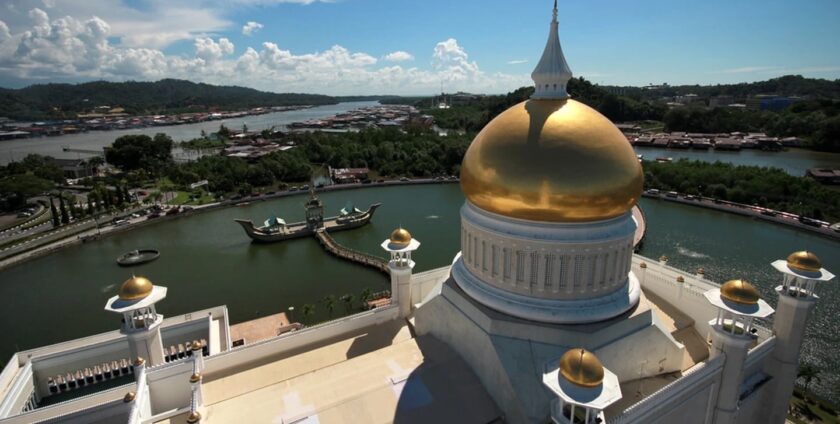 The tiny oil-rich Sultanate of Borneo has some of Asia’s best Islamic architecture, virgin rainforest and thousands of monkeys. Here are the top things to do in Brunei, from visiting beautiful mosques and seeing wildlife to learning about the country’s oil industry.

See some of southeast Asia’s most stunning mosques

Brunei is famous in southeast Asia for its gorgeous mosques and Islamic architecture. In Bandar Seri Begawan, both the Omar Ali Saifuddien and Jame’ Asr Hassanil Bolkiah Mosques are huge attractions. The first stands near the Brunei River and waterfront with an impressive artificial lagoon. The second holds the title as the largest mosque in Brunei. Non-Muslims can enter outside of prayer time. 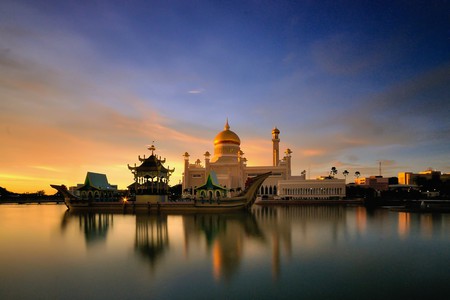 Take a selfie with the spectacular Bornean sunset

Borneo’s sunsets are some of the most spectacular on Earth. The persistent clouds towards the horizon create a plethora of reds, oranges and purples as the sun dips out of sight. Just like the beaches in Sabah and Sarawak, you can witness this incredible phenomenon in Brunei. We suggest visiting either Penanjong or Muara Beach. 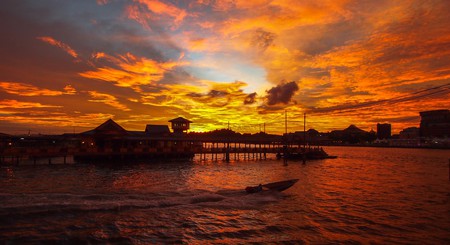 Just like Sabah and Sarawak, you can catch one of the most beautiful Bornean sunsets in Brunei | © james wk / Shutterstock

Get lost on the world’s largest floating village

Stand on the waterfront and admire the sprawling stilted buildings across the river. Ferries and speedboats zoom between the mainland and Kampong Ayer. Known as the ‘Venice of the East’, the water village houses approximately 13,000 permanent residents. But the wow factor extends further: the settlement consists of around 40 separate villages with schools, mosques and restaurants. Take the ferry from the waterfront and stroll along the maze of deserted boardwalks and neighbourhoods. 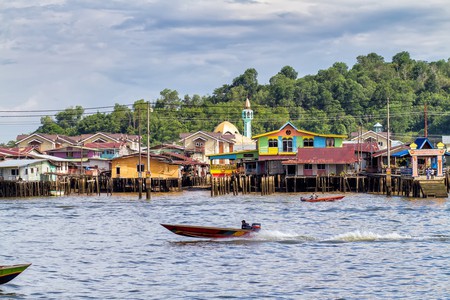 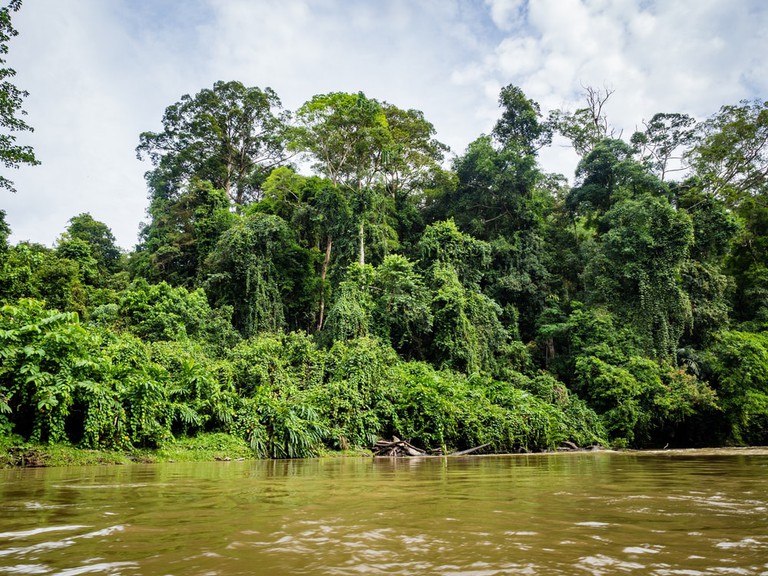 Unlike neighbouring Malaysia and Indonesia, Brunei’s jungle is free of deforestation. The off-shore oil reserves have made the Sultanate wealthy without the need to chop down trees for timber or palm oil plantations. Ulu Temburong National Park provides visitors with a chance to visit a section of this virgin rainforest. Only 1% is open with strictly regulated access. Visiting the national park offers one of the best ecotourism-related activities to do in Brunei.

Make the most of the free museums

As of 2018, many of Brunei’s attractions are free to enter. Why not take advantage and explore some of the museums in Bandar Seri Begawan? We recommend the Royal Regalia to learn more about the Sultan and his extravagant lifestyle. The Brunei Museum covers natural history, ethnography and exhibits on their British colonial days. Visiting museums might not feature on everyone’s list of things to do in Brunei, but it does offer a chance to learn about this little-known country. 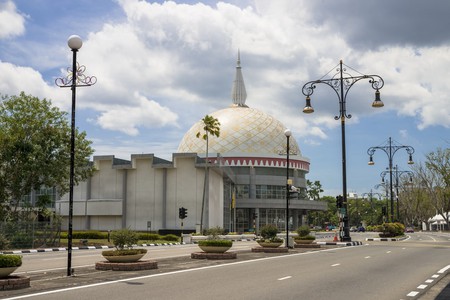 Proboscis monkeys, named after their unusual nose, are endemic to Borneo. The strange pot-bellied primates like to sit in the mangroves. If you’re in Bandar Seri Begawan, you can take a safari in search of the monkeys. Or head to Taman Persiaran Damuan Park and try to spot some in the trees on the river island. 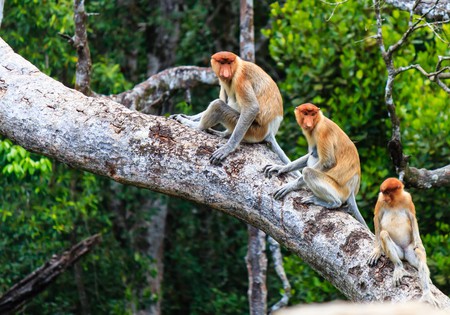 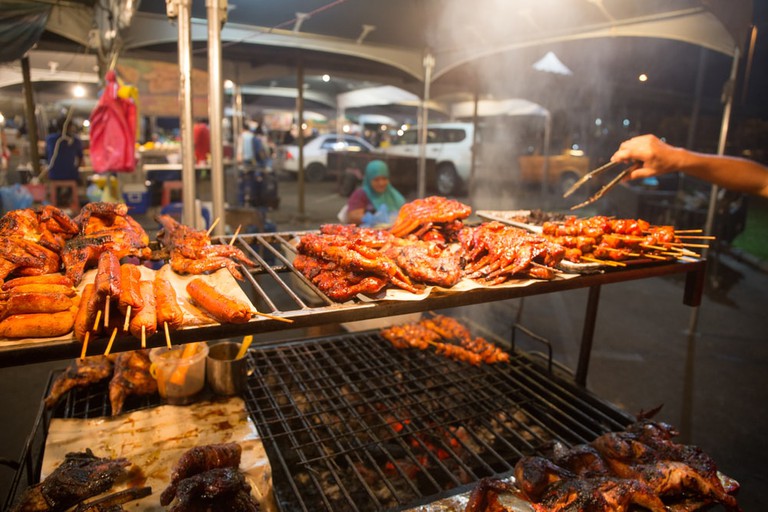 Pasar Gadong, or Gadong Market, sits a few kilometres north of the waterfront. Every day at 4:00pm, dozens of stalls serve local food. Located under the tent-like roof, you can find a variety of rice and noodle-based dishes. Other favourites include satay (Malaysian-style kebabs), grilled and barbequed fish and beef. For an alternative dining experience compared to eating at a restaurant in Bandar Seri Begawan, check out the night market.

The Andulau Forest Reserve is approximately halfway between Sarawak’s Miri and Bandar Seri Begawan. With a network of muddy rivers, waterfalls and hundreds of monkeys, a day trip to this part of the country promises to be a treat. Either visit as a stopover when passing between Miri and Brunei, or take a tour from the capital. Tours usually combine a trip to the reserve with visiting the nearby Iban longhouses.

Nodding donkeys are the strange contraptions used to extract underground oil. The small town of Seria along Brunei’s northern coast was the birthplace of the nation’s booming oil industry and is littered with the structures. A monument commemorates the production of Brunei’s billionth barrel of oil too. This isn’t one of the more conventional things to do in Brunei, but it will help you understand the industry driving the country’s wealth.

Take advantage of the low tax

Because of Brunei’s lower tax levels, shopping for electronics and other products is often cheaper than in neighbouring countries. With a relatively strong currency and a predominately middle-class population, the citizens demand the latest technology. If you’re in Bander Seri Begawan on a stopover, check out the malls and see what bargains you can find. 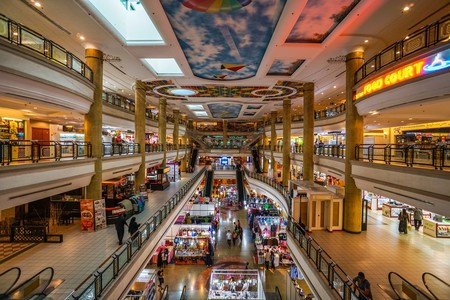 One of the popular malls in Brunei is the Gadong Mall | © hkhtt hj / Shutterstock
Original post: theculturetrip.com/asia/brunei-darussalam/articles/the-top-10-things-to-do-in-brunei/
TAGS:
SHARE: