Safest Countries in the World 2021 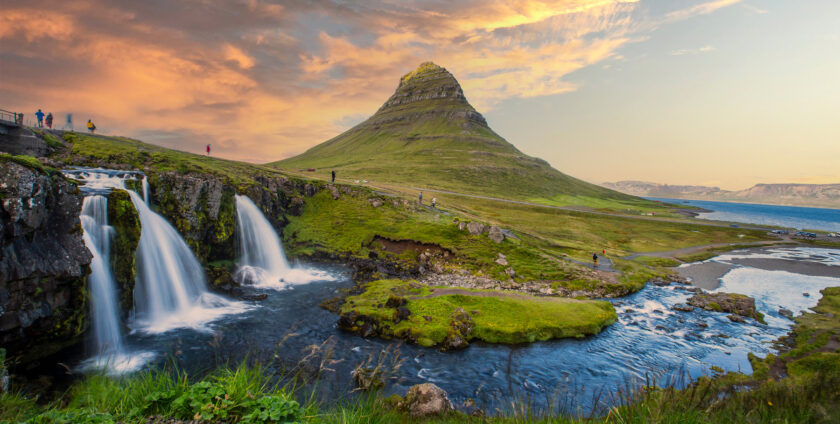 The Global Peace Index ranks the safest countries in the world. This report is published annually by the Institute for Economics and Peace, “an independent, non-partisan, non-profit organization dedicated to shifting the world’s focus to peace as a positive, achievable and tangible measure of human wellbeing and progress.” The report researches countries to determine which are the safest while also ranking the most dangerous.

A total of 163 countries are featured in the report. There are 23 different indicators used to determine how safe or how dangerous a country is. These factors are broken into these categories:

The factors used to compile this report include:

Based on these factors, a score is calculated for each of the 163 nations featured in the report. The lower the score, the higher the nation is ranked in terms of safety.

A majority of the top 25 safest countries are European countries. Europe is the only continent to have not seen a decline in safety since 2009. The second-most-common region in the top 25 s Asia. Both regions have a homicide rate of about 3 per 100,000 inhabitants.

Ten Safest Countries in the World

The top 10 safest countries in the world are as follows:

According to the Global Peace Index, Iceland is the safest country globally for the 13th year in a row. Iceland is a Nordic nation with a relatively small population of 340,000. Iceland has a very low level of crime attributed to its high standard of living, small population, strong social attitudes against crime, a high level of trust in their well-trained, highly educated police force, and a lack of tension between social and economic classes. Iceland does not have a military, and the police do not carry firearms with them (only extendable batons and pepper spray). Iceland also has laws in place to guarantee equality, such as legal same-sex marriage and same-sex adoptions, religious freedom, and equal pay for men and women.

New Zealand is the second-safest country in the world. Like Iceland, New Zealand has a very low crime rate, especially violent crime. Theft, however, is a common occurrence, especially for tourists. New Zealand has no deadly animals, unlike its neighbor down-under, Australia, known for having some dangerous wildlife. New Zealand’s score slightly decreased from the year before due to the terror attack on two mosques in Christchurch on March 15, 2019, which killed 51 people. New Zealanders are generally open-minded and have laws in place to prevent abuse of anyone’s freedom of speech or expression. Like Iceland, police in New Zealand do not carry personal firearms.

Portugal comes in third in the most peaceful countries rankings. In 2014, Portugal was ranked 18th globally and has since made huge strides to be ranked third. Unlike Iceland and New Zealand, Portugal has armed police; however, it seems that an increased police presence has resulted in a decreased crime rate in the country. In the past six years, Portugal has made an economic resurgence, decreasing its unemployment rate from over 17% to under 7%. Due in large part to its level of safety, Portugal is ranked as the best country for retirement in 2020 according to the Annual Global Retirement Index.

Austria is the fourth-safest country in the world. Austria’s 2020 score increased slightly by 0.011 points from 2020 but kept its fourth-place ranking. Austria, however, saw a deterioration in the likelihood of violent demonstrations indicator after the election of Sebastian Kurz’s People Party in October of 2017. Due to the country’s political instability, social unrest has increased. Austria, otherwise, is a very safe country to visit. Serious crimes are uncommon, although people should be aware of pickpockets and purse-snatchers. Additionally, Austria has been spared any major acts of terrorism.

Ranked fifth on the Global Peace Index, Denmark is one of the safest and happiest countries in the world. Denmark is one of the few countries where people report feeling safe at any time of day or night, even children. Denmark has a high level of equality and a strong sense of common responsibility for social welfare – two things that contribute to both Denmark’s safety and happiness. Corruption is rare in business or politics, as honesty and trust are top priorities in Denmark. Denmark is also a welfare state, meaning that everyone receives services and perks that help them live comfortable lives. Everyone in Denmark has access to healthcare with no additional fees to them, tuition-free education, and the elderly are provided at-home care helpers.

Canada is the sixth-safest country in the world according to the Global Peace Index, maintaining its position from 2019. Canada received particularly good scores for internal conflicts, levels of crime, and political stability. In addition to good job opportunities, great access to healthcare, and effective government, Canada has some of the most notoriously friendly people in the world. Canada has a crime rate that is about one-third that of its neighbor, the United States (1.6 incidents per 100,000 vs. 4.5 per 100,000 respectively). In a 2018 Gallup survey, 84% of Canadians surveyed said that they felt safe in their country.

Singapore ranks seventh on the GPI. In the same Gallup report from 2018, Singapore residents felt the highest sense of personal security and have positive experiences with law enforcement than any other country. Singapore has one of the lowest crime rates in the world, which is due to severe penalties that are issued for even small crimes. The government and police strictly control guns and other firearms, so violent and confrontational crimes are rare in Singapore. The city-state is also the second-safest city in the world according to the Safe Cities Index from the Economist Intelligence Unit (EIU). Singapore ranked first for infrastructure security and personal security, second for digital security, and eighth for health security.

Finishing the top ten safest countries in the world is the Czech Republic. The Czech Republic climbed two spots from its 2019 ranking from ten to eight. Crime rates have steadily decreased over the years, especially violent crimes. This is despite having relatively easy access to weapons in the country. The Czech Republic also has a low impact of terrorism. The country’s fall in rankings is due to its relatively high involvement in foreign conflicts, the high ratio of the number of prisoners per capita, and security forces and police assessment.

The ninth-safest country in the world is Japan. Japan has been in the top ten countries in the Global Peace Index for 13 years, consistently receiving high marks for low crime rates, internal conflict, and political terror. A couple of areas of concern include Japan’s troubled relations with its neighbors and the increasing size and power of the country’s self-defense forces. Japan is known for having limited immigration and limited access to firearms. Japan does not see carrying a firearm to be an individual’s right. According to the Safe Cities Index from the Economist Intelligence Unit, Tokyo is considered the safest city in the world, ranking first in cybersecurity, second for health security, and fourth for infrastructure security and personal security.

There are some commonalities among the safest countries in the world, such as their levels of wealth, social welfare, and education. Additionally, these countries have effective criminal justice systems and governments that maintain very healthy relationships with their citizens.

The United States currently ranks 128th in the Global Peace Ranking. The United States’ ranking has fallen every year since 2016 and can be attributed to a decrease in life satisfaction and an increasing wealth gap.

When comparing 2020’s report to the previous report released in 2019, a total of 81 countries were more peaceful than they were in the previous year. However, 80 “deteriorations” were reported, indicating that 80 countries were less peaceful in 2020 than in 2019. The average country score deteriorated by 0.34%. Europe remained the most peaceful region in the world, a position it has held for every year of the Global Peace Index.

Here are the 10 safest countries in the world: