An Introduction to Manglish, Malaysia’s English 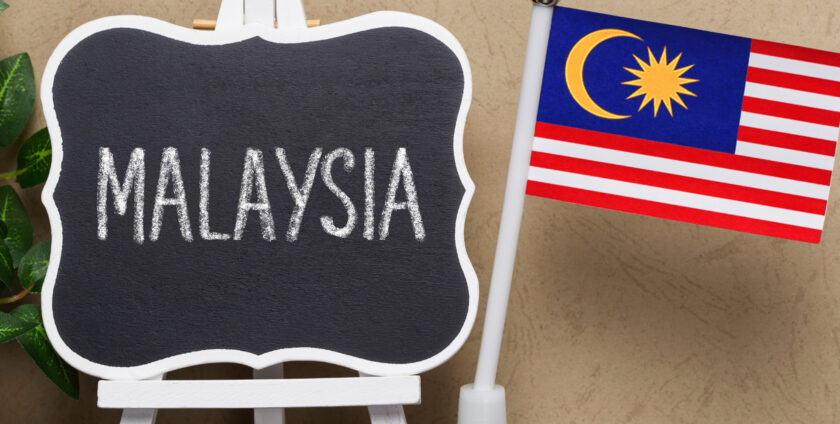 Manglish is a beautiful mix of Malaysian and English; a hilarious mix of languages, informal yet cryptic to the outsider. Today, it is recognized as an English-based creole. Here’s a simple guide to understanding Malaysia’s English.

I’m no linguist, but as a native speaker, I think I can break down the Manglish sentence structure into a few points:

Manglish is famous for using sentence-final particles, little words that get tacked onto the end of a sentence to convey the speaker’s attitude towards what was said. They can be a bit tricky at first, but once you’ve figured them out, they become a major source of color for your speech.

For example, say that someone tells you about how good Harry Styles’ new album is, and then asks you what you think about it. In Manglish, you might respond:

Instead of using additional words to convey your stance, these particles are used wherever possible. Efficiency is a major goal of Manglish communication.

Below is a list of the most commonly used sentence-final particles. I’ve also written out their origins, for reference, but keep in mind that their modern usage has more or less deviated from these origins.

It’s not that hard lah, right?

If someone says, “Bro look at the girl at the corner she’s pretty cute hor,” you might respond with:

The differences between lah and loh is that loh infers that your statement was very obvious. Most of the time its used when giving a very direct response to someone’s question. For example, “Let’s g0 0ut lah.” can be a standalone sentence, but “Let’s go out loh.” is wrong. Loh needs some sort of preface, as below:

If you’re bored, then let’s go out loh.

It could also be used in the flow of conversation:

Here are some more examples of these suffixes in use.

Abu: I handed in the work already loh.
Ahmeng: Really meh? So fast ah?
Abu: Just 2 pages wor, you haven’t finish meh?
Ahmeng: Oh ya hor. I blur blur do 4 pages already.
(blur blur indicates that something was done in a confused state, as if day dreaming.)

Ahmeng: Dinner later mou?
Abu: Can gua, let me check my plans and see can or not.
Ahmeng: Wah so busy meh need to keep track of your plans!
Abu: Eh cannot leh. I made plans liao.

Certain words like yes, no, can, cannot, sure, and never-mind are often combined with a suffix to form a complete sentence. In this example, let’s use the word can as an example.

As mentioned above, it is common in Manglish to take sentence structures from Mandarin but words from English. As a result, many Manglish sentences can be translated word-for-word into Mandarin.

Manchester is down 2-0 this match surely lose liao.
Manchester  2-0 落後这场一定输了.

If you’re tired, then stay at home loh.
如果你累了，那就待在家咯.

For the same reason, many English words take on different connotations in Manglish:

Muiwoon: Rachel you ki siao* issit, chug 2 beers in one minute.
Siti: Steady lah, let her drink lah.
Rachel: I’m fine lah, you shout at me for wat. You are my mother issit.
Muiwoon: What if she blackout? Den what? Dunno how to carry her back oso.
* Ki siao is the Hokkien pronunciation of 起痟  (Crazy)

Ah Hwa and friends meet at a mamak stall for supper.

Weng Tat: Paiseh ah I’m late. Sibeh traffic jam. Couldn’t move at all.
Chee Seng: Walao eh, you’re late by half an hour you know. Sometimes I seriously beh tahan you ah.
Weng Tat: Sorry loh. Some more one of my coworkers tumpang my car just now so I had to drop him off first.
Ah Hwa: Aduhai you kena tumpang.
Weng Tat: Ya actually he told me last minute so I was feeling real geram, but I didn’t say anything. I heard his Toyota broke down, jadi he no car today.
Ah Hwa: Aduhai.
(waiter interrupts the conversation)
Waiter: Boss, sorry to kacau you, but what you want to order?
Weng Tat: Cincai lah, what do you have today.
Waiter: We have Mee Goreng, then we have fresh Roti canai.
Weng Tat: Give me 2 roti canai lah. Thank you boss.
*Roti Canai is another Malaysian delicacy

Generally speaking, Manglish sentences strive to be as short and efficient as possible. To accomplish this, the grammar is quite flexible. To this end:

English: I left the bicycle in the shop for repairing. I should be able to get it back on Sunday and we can go cycling at Teluk Kumbar then. Otherwise I guess we can go and watch a movie.

Manglish: I left the bike to repair liao. Can get it back on Sunday den we can go cycling at Teluk Kumbar loh. Abo we can oso go watch movie gua.

Seriously Manglish: My bike repairing leh. So Sunday only cycle at Teluk Kumbar can ah. Or we just watch movie lah.

English: I left my phone here just now, but now I can’t find my phone. Did someone take it?
Manglish: (looks around) My phone where. Stolen issit?!

English: Is it ok if we pay after the shipment arrives?
Manglish: Arrive den pay ok ah?

While in English it might be considered rude to say something like “Arrive first, then we pay, is that ok?” Manglish speakers refuse to allow such stereotypes to hold back the efficiency of their communication habits.

Another good rule of thumb to follow is to not attempt to translate any celebrity name or complicated words between Chinese and English, because most Malaysians are fluent in both. Even if half of a sentence is in Chinese, chances are Malaysians will still understand it. For example, it is perfectly understandable to say:

Other Interesting Characteristics of Malaysia’s Languages

Like Taiwanese, Malaysian Hokkien originates from Min Nan Yu, and shares many similarities. However, it also includes many new words that aren’t not present in Taiwanese. This shows how language can preserves the history of the people who speak it, which I personally find very interesting. For example:

In the same way, many Malay words were also taken from China. During the 1800s, many Malays and Chinese people intermarried, forming the Baba-Nyonya culture. This led to the cross lending of Chinese and Malay words, many of which can now be found in the dictionary. For example:

Common Question: Why Are Malaysian Names So Weird?

In Malaysia, parents name their children according to the pronunciation of their spoken dialects, meaning you can somewhat reliably guess a Malaysian’s heritage from their name.  One example is the famous singer, 王光良 Michael Wong.

Despite the media commonly writing his name as Guang Liang, his registered name is Wong Kong Leong, which is the Cantonese pronunciation of 黄光良. If he were Hokkien it would be more like Ooi Geng Liu. Some other notable figures that you may know:

This method can also be applied to guess a Chinese person’s origin, as most Hong Kongers and Macanese speak Cantonese, most Taiwanese speak Hokkien, and most Mainland Chinese speak Putonghua. To that end, the same Chinese surname could have at least three standard ways of being pronounced:

This also applies to food names, street names, and everything else:

There are a lot of other posts that provide good examples of how Manglish is used. I particularly enjoy this answer, by Branson Chong on Quora, where you can see how Manglish approaches certain common situations:

When assessing a tight situation
Britons : We seem to be in a bit of a predicament at the moment…
Msians : Die lah!
– English translation of Chinese exclamation “死啦!” (Dead already!)

When asking for permission
Britons : Excuse me, but do you think it would be possible for me to enter through this door?
Msians : (pointing at the door) Can ah?

There are also a lot of Malaysian content creators, from whom you can see the different faces of Malaysian culture. You can hear a wide spectrum of Manglish spoken on different channels, ranging from standard English with a Malaysian accent to incredibly exaggerated variants of Manglish. Here are a few recommendations, arranged according to how exaggerated they are.

I’ll end the article by sharing a funny video, as I also think it is very easy to make puns in Manglish. Due to its mixed-language nature, Manglish has a huge vocabulary pool to draw from when engaging in word play.