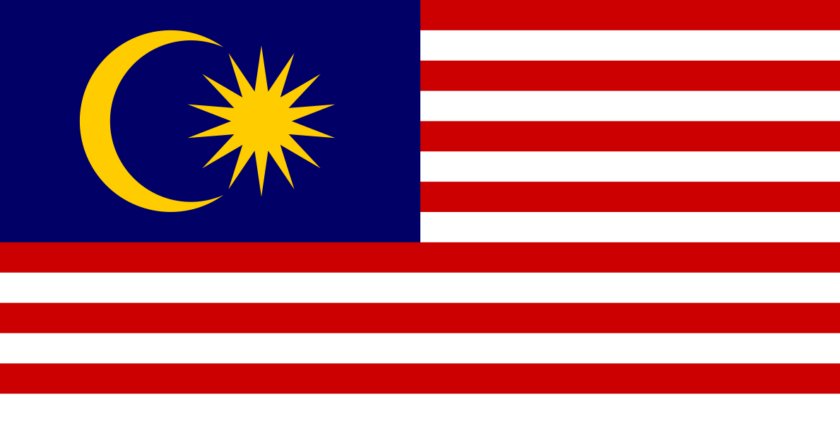 Malaysia is one of Asia’s hidden gems.

The country is often overlooked — it lacks the economic prestige of its neighbor and former state Singapore, and it isn’t a renowned tourism destination like two of its other neighbors, Thailand and Indonesia

But take a closer look and you’ll find a country with a rich history, fascinating people, and delicious food.

Here are some surprising things most people don’t know about Malaysia:

It’s one of the most diverse countries in Asia

About half of Malaysia’s 31 million people are ethnically Malay, according to the latest figures from the CIA. Chinese people make up about 23% of the population and Indian people about 7%.

Another 12% is comprised of hundreds of indigenous groups, including native groups from Malaysia’s two states on the island of Borneo, bordering Indonesia.

Islam is Malaysia’s official religion, and all Malays are Muslim by law. About 61% of the country is Muslim, with Buddhism, Christianity, and Hinduism comprising most of the rest of the population, according to the CIA.

Malaysia’s diversity results in an unmistakable blend of religion, food, language, and culture.

Malaysia has affirmative action … for the majority race

Malaysia’s history is rife with ethnic tension that influences its politics.

A deadly race riot in 1969 led to the New Economic Policy, a government measure aimed at reducing inequalities between Malays and the richer Chinese class. It’s a rare example of an affirmative action program that benefits the majority race.

Today, Malays have fewer barriers to getting into college, opening a business, and buying a house than their Chinese-Malaysian and Indian-Malaysian compatriots.

According to The Economist, 71% of Malaysians consider the affirmative action “obsolete” and wish to replace it with a “merit-based policy.”

Nobody knows when the next election is

Unlike in the US, Malaysian elections are not scheduled for a particular day, and it’s anyone’s guess exactly when the next one will occur.

Malaysia’s constitution mandates a federal election be held at least once every five years. But the prime minister can force an early election by dissolving the Parliament at any time, effectively controlling which day the election falls.

In 2013, the year of Malaysia’s most recent election, many Malaysians feared Prime Minister Najib Razak would schedule the election on a holiday weekend, in an effort to repress turnout among supporters of the growing opposition coalition. That didn’t end up being the case, although the ruling party still narrowly won in a contentious decision.

The same political coalition has ruled Malaysia since its independence in 1957.

Penang is the street food capital of Asia

The Malaysian state of Penang, and particularly its capital George Town, is considered one of the best destinations for street food in Asia, if not the world.

Take a stroll through George Town and you’ll pass hundreds of hawker stalls offering everything from samosas to spicy noodle curry to cendol, a dessert made from sweet grass jelly and coconut milk.

Penang cuisine is heavily influenced by the Baba-Nyonya, a unique subgroup whose food is a hybrid of Chinese, Malay, Thai, and other Southeast Asian groups.

Their signature dish is asam laksa — a bowl of silky rice noodles served in a sour, spicy, tamarind-based mackerel soup, and often topped with onion, pineapple, mint, ginger, and shrimp paste. Voters named the delicacy one of the 50 best foods in the world in a 2011 CNN Go poll.

The largest flower in the world grows in Malaysia

Malaysia’s most famous plant is the rafflesia flower. With a bloom that can extend more than a yard in diameter, the Rafflesia is the largest flower in the world.

When blooming, the flower emits a putrid stench, giving rise to its nickname “corpse flower.” The odor attracts flies, who then transport the pollen.

Rafflesia flowers generally grow in the rainforests of Borneo. Malaysia is one of 17 countries with “megadiverse” wildlife.

A man got death threats for holding a dog-petting event

But in 2014, that didn’t stop more than 1,000 canine-curious Malaysians from showing up to a public event, endearingly titled “I Want to Touch a Dog,” where Muslims could pet dogs for the first time and learn how to ritually wash themselves afterward.

While the event provided hours of fun for attendants, hardline Muslims weren’t amused. The event’s creator, Syed Azmi Alhabshi, received death threats from fellow Muslims who felt he was insulting their religion. He was even temporarily forced into hiding.

The controversy died down after Syed Azmi issued a statement apologizing for hosting the event:

“With a sincere heart, my intention to organize this program is because of Allah … and not to [distort] the faith, change religious laws, make fun of [religious scholars] or encourage liberalism,” Syed Azmi said in the statement.

Durian is likely the most polarizing fruit on earth.

It’s known as the “king of the fruits” in Malaysia and other Southeast Asian countries, but its smell is so overwhelmingly pungent that it’s banned from many Malaysian hotels.

The tough, spiky husk must be skillfully sliced open with a sharp knife, revealing pods of mushy, custardy durian flesh. Its sweet-and-savory taste is a bizarre combination of pineapple, onions, caramel, almond, butter, and cheese.

“Your breath will smell as if you’d been French-kissing your dead grandmother,” Anthony Bourdain once said.

Durian is certainly an acquired taste, and Malaysians take immense delight in watching foreigners take a bite for the first time.

The best badminton player in the world is Malaysian

Malaysian Lee Chong Wei has dominated the world badminton scene for the past 10 years.

He’s ranked No. 1 in the world by the Badminton World Federation, and held the top spot for a mind-blowing 199 straight weeks between 2008 and 2012.

Lee has won silver medals at the past three Olympic Games, falling twice to his rival Lin Dan of China. The Lee-Lin rivalry is considered one of the greatest rivalries in badminton history.

Although soccer is the most popular sport in Malaysia, badminton is by far its most dominant. Badminton players have won eight of the country’s 11 Olympic medals all time.

You could be put to death for marijuana possession

Malaysia has some of the strictest drug penalties in the world, including a mandatory death sentence for the possession of high quantities of certain drugs.

Per the Dangerous Drug Act, Malaysians will be put to death for possessing 15 grams of heroin and morphine, 1 kilogram of opium, 40 grams of cocaine, or 200 grams of marijuana.

It may be expensive to fly to Southeast Asia from the US, but any seasoned traveler will tell you that once you get there, it’s extremely cheap to get around.

That’s partially thanks to AirAsia, a budget airline headquartered in Kuala Lumpur. You can take one of AirAsia’s distinctive red-and-white planes to more than 20 Asian countries, including tourist hotspots like Thailand, Vietnam, and Bali, often for less than $100 round-trip. The airline ventures as far out as India, Saudi Arabia, and Australia.

AirAsia has won the Skytrax award for Best Low-Cost Airline eight years in a row. Just be warned — the airline is “budget” in every way possible.

Forget free checked bags and complimentary snacks and drinks. If you want to sit with friends or family, you’ll have to pay to choose a seat. Expect to walk across the tarmac for a few minutes to reach your plane. And remember to print your boarding pass in advance — it will cost you a few bucks to print it at the counter.

The capital has two of the tallest skyscrapers in the world

Kuala Lumpur’s skyline is dominated by the Petronas Towers, which at the time of their construction in 1998 were the tallest buildings in the world.

Standing at a whopping 1,483 feet tall, the towers remain the tallest twin skyscrapers in the world.

Tower One is occupied by Malaysian gas giant Petronas and some of its associate companies and subsidiaries. A number of other companies occupy Tower 2.

A typical sentence could have words from 4 languages

With a population as ethnically diverse as Malaysia’s, it should come as no surprise that the country is a linguistic melting pot, too.

English is the lingua franca, and has its own colorful local dialect known as Manglish, which blends vocabulary and grammar from various languages.

The classic sentence “Wei macha, you want makan here or tapau?” (translation: Do you want to eat here or take out?) is often used to illustrate Malaysia’s linguistic diversity, as it contains words from Tamil, English, Malay, and Chinese.

You need your passport to travel within the country

The two isolated states of Sabah and Sarawak on the island of Borneo have a slightly more autonomy than other Malaysian states.

That results in a strange logistical quirk: If you’re coming from mainland Malaysia, you need to go through immigration control and bring your passports or identity card — even for native Malaysians. (Imagine needing a passport to travel from California to Hawaii.)

There’s frequent talk of the two states seceding from Malaysia, but no action is expected any time soon.

Many Malaysian schools partake in “speech choir,” a competition in which students recite an English-language speech in unison while performing intricate choreography.

The scripts often tackle issues such as the environment, health, and globalization, and will often have snippets of pop songs sprinkled throughout.

It’s the kind of thing that needs to be seen to be truly appreciated.